The last Saturday of expeditions saw our lovely ADEC group once again wake up very early to make their way down to Fremantle to catch the early morning session for the Prison tour.

The students assembled, lined up and followed our tour guide Andrew for a very in-depth tour of the facility. 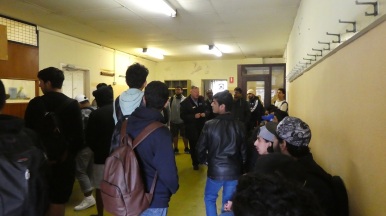 Having gone on the Fremantle tour myself just a few weeks ago, I was pleasantly surprised by the alternate paths our tour guide took in order to show us the more edgier and daunting places of the prison. 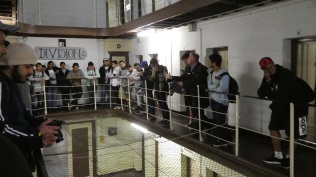 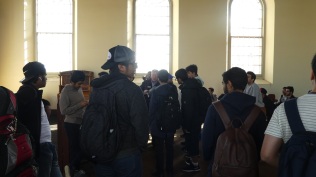 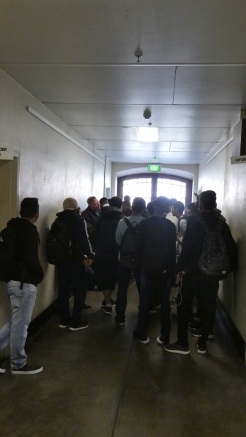 Some of the students had many questions about the prison as it was the first that they had ever visited to. Our tour guide Andrew was most helpful and well informed about all questions that were asked to him by the students. With the tour complete and all the questions answered we departed the Prison and had lunch down at Cicerello’s.

After lunch the students dispersed very quickly to have some fun of their own. Some went to the markets to shop, while others; such as these three depicted here, settled for a rather laid back approach to the afternoon and enjoyed it in good company with a hot chocolate or coffee.