It was a large turn out to activities today with the new Kindai students coming to learn English for the next 3 weeks and mixing with the General English students.

What a great competition of Volleyball! With 4 teams of 10 there was a mix of all cultures in each team. First off we had Team 1 (Team Swasia) who defeated Team 4 (Team Totti). It was a very close match with the scores neck to neck throughout the match. Then Team 2 (The Defenders) easily defended team 3 (The Begginers) in straight points. Team Totti played the beginners for 3rd place and won, while Team Swasia met The Defenders in the final. Even when the rain began to drop there was nothing stopping these teams for playing it out for the win! It was a great challenge from both sides with some strong defense and solid spikes, but Team Swasia was the better team of the day. Well done to all that participated, it was nice to see such a great team effort! 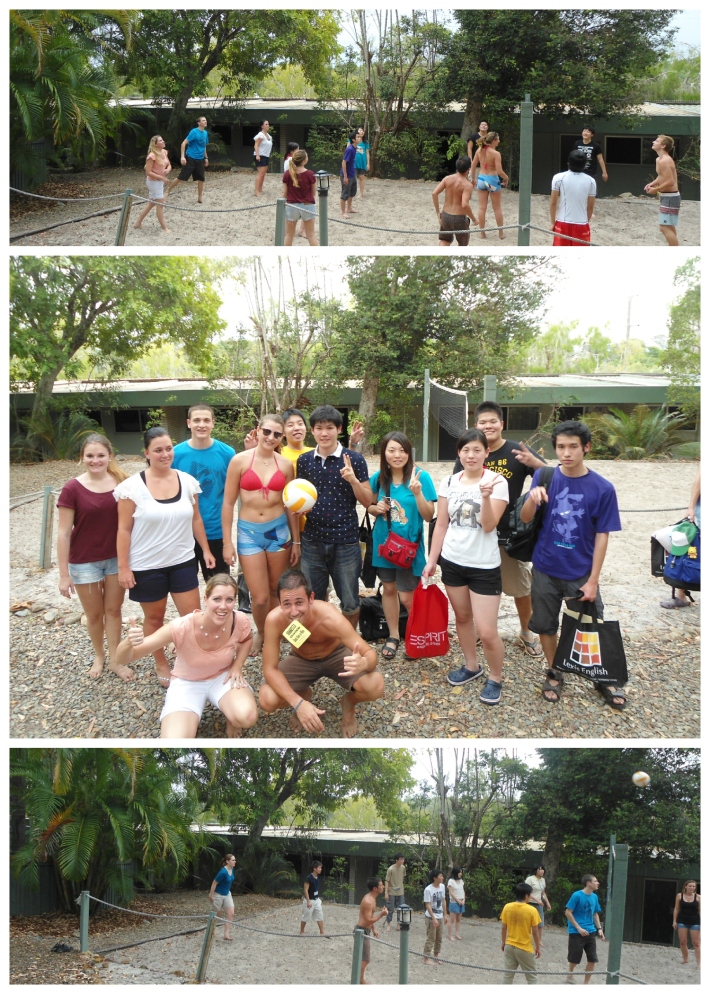